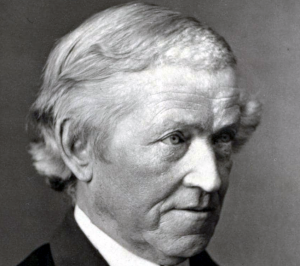 Charles Wheatstone 1802 – 19 October 1875 was born in Barnwood, Gloucester. 6 February  His father, W. Wheatstone, was a music-seller in the town, who moved to 128 Pall Mall, London, four years later, becoming a teacher of the flute. Charles, the second son, went to a village school, near Gloucester, and afterwards to several institutions in London. One of them was in Kennington, and kept by a Mrs. Castlemaine, who was astonished at his rapid progress. From another he ran away, but was captured at Windsor, not far from the theatre of his practical telegraph. As a boy he was very shy and sensitive, liking well to retire into an attic, without any other company than his own thoughts.

When he was about fourteen years old he was apprenticed to his uncle and namesake, a maker and seller of musical instruments at 436 Strand, London; but he showed little taste for handicraft or business, and loved better to study books. His father encouraged him in this, and finally took him out of the uncle’s charge.
He was an English scientist and inventor of many scientific breakthroughs of the Victorian era, including the English concertina, the stereoscope (a device for displaying three-dimensional images), and the Playfair cipher (an encryption technique). However, Wheatstone is best known for his contributions in the development of the Wheatstone bridge, originally invented by Samuel Hunter Christie, which is used to measure an unknown electrical resistance, and as a major figure in the development of telegraphy. Despite his lack of a formal education in science, in 1834 Wheatstone was made a Professor of Experimental Philosophy at King’s College, London, where he conducted pioneering experiments in electricity

Back to Historical Figures from Gloucester